Last night, Barry and I went shopping for some patio furniture. I told I’m we could only get the table if I was allowed to put it together! Being handy gives me some feeling of accomplishment.  I get really proud when I can put things together. So after a lovely table was assembled, I learned that Blueberry Craisins, besides be addicting, are really good in yogurt! 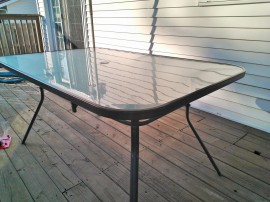 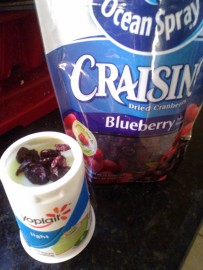 With internet and Photoshop and the ever evolving technology, its hard to figure out what’s real and what’s just a joke.

I mean, think about it… How many times has Morgan Freeman died or McDonald’s twitter account been hacked?

I saw this breakfast sandwich and thought it was a spoof on Paula Deen, in the midst of her recent dealings in the court. Needless to say, when I walked into Dunkin, I couldn’t believe they actually had a bacon and egg sandwiched between a glazed donut! (Paula is famous for her burger between two Krispy Kremes).

Barry and I have been talking about this sandwich for days, now, and he finally gave into temptation this morning on our way to the shore.

Barry didn’t think the flavors meshed, so naturally I had to try it. I promptly corrected his blasphemy. The saltiness from the bacon and sweetness from the glaze… I held the sandwich for a hot second and was still tasting glaze on my fingers 30 minutes later! That glaze gets everywhere! 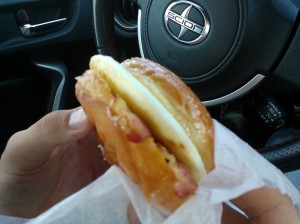 While Barry was driving, I searched this breakfast sandwich, only to find some other interesting food combinations all of the world.

Some items that I found interesting and dangerously tempting to try: 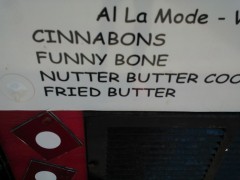 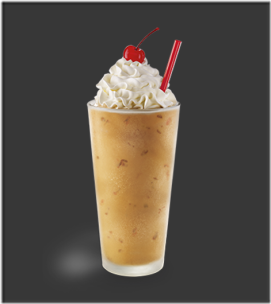 Over the Top Fast Food Creations:

Barry shared this with me. I’ve heard of the Tur-Duck-en, but this is a whole new level of crazy!

So much for this being a healthy living blog…