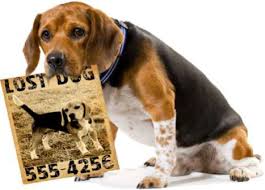 This morning did NOT start the way I had intended. I planned on waking up, having an apple and PB, a cup of coffee, maybe a dip in the pool before heading back home from Barry’s house. Instead, I received a phone call from Frank saying that he can’t find Beauty! Barry and I jumped up, got dressed and bolted onto the highway to get to my parents house.

Has your pet ever gotten out?

It is absolutely the worst feeling! Beauty, my baby, who I’ve had since I was 6 and she was just 3 weeks old… My 15 year old baby… out in this 98 degree weather…. Is she okay? She needs water! Its too hot out here for her! Where is she? God, please bring her back to me. Please let her be okay!

Tears and sweat streaming down my face as Barry, dad, Frank, my neighbor, and I scoured the neighborhood….

she digs her baths

I was beginning to loose hope as my anxiety and fatigue and dehydration worsened. At last, Barry called my phone and I expected to hear that she was no where to be found. “I’ve got her.” Oh, thank, God!! I ran down the road, back to my car and drove to pick her up. A neighbor put her in the house so she could cool off and had called the ASPCA, since my mom had removed Beauty’s collar. I could not thank the man enough for watching out for her.

I picked her up, thanked the man, profusely, and kissed her, repeatedly, as I carried her to the car. I thought it was funny that he compliment how clean she was…  She loves a good bath!

Exhausted, I grabbed everyone tall glasses of cold beverages, and whipped up pancakes to thank the guys for their help. I, on the other hand, found myself, nibbling on random items… a slice of pineapple, some cantaloupe, a few pieces of cereal, a glass of milk…

Once I ate a cookie, I knew I was emotionally eating. I diverted my attention to job search, going into the yard to weed the garden, studying for the boards, blogging, painting my nails… Anything to take my mind off eating and anything to keep me from feeling guilty…

By the way, Beauty is a bit tuckered out and is currently passed out right in front of the air conditioner vent.

Once my emotions settled down, and I spent about two hours sending out resumes, I still found myself trying to nibble. I drank a glass of water and began to cook dinner. When I was at the farmers market the other day, I picked up two heads of bok choy. I eat the heck out of this stuff at Chinese restaurants and wanted to try my hand at it. I cut to base and gave the stalks a good rinse, and tossed then, along with a cup of quartered mushrooms and 1 1/2 cups of frozen broccoli florets into a skillet. I poured about 1/4 cup of water and 2 Tbsp of left over garlic sauce on top, covered it and let the vegetables steam over medium-low heat. I debated adding shrimp, which would have been spectacular, but kept it veggie style and dug in with my chop sticks! Delicious! I’m so making this again! And it was sooooo simple!

By the way, bok choy is seen in many Asian dishes and is in the cabbage family. Here is some more info on the crunchy, cancer-fighting, weightloss veggie!

I also owe, you, readers, an apology. Aside from Zumba, I have not been working out much. The heat, here, has been pretty intense, and I’ve been getting lightheaded a lot lately. I know its not a super excuse from drifting away from fitness posts, but I hope you can forgive me and still find the blog enjoyable and helpful.

One thought on “Lost Dog”